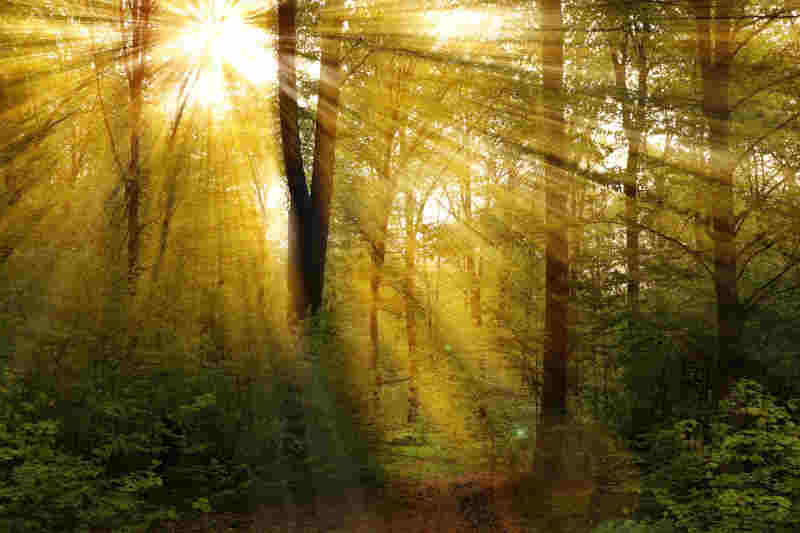 In the visualization hypnotic induction, we guide our subject into hypnosis by describing something. What we describe can be anything at all, but the underlying structure is always the same. In this article, we’ll cover what the visualization induction is, and we’ll go over some guidelines on how to make it work effectively. Finally, I’ll give you some scripts that you can either read directly to your subject, or model to create your own.

If you’ve not tried it yet, you’ll probably want to try the Progressive Relaxation Hypnosis Induction Script first. Or just go straight into one of the visualization hypnotic induction scripts linked from this page.

What is the visualization induction?

The visualization hypnosis induction is exactly what it sounds like. We guide our subjects into hypnosis by having them visualize something.

In order to have someone visualize something, all we have to do is describe it. It’s important to give enough detail that our subject can begin to form images inside their mind. When we do this in the right way, they often won’t even notice that we’re hypnotizing them.

When we describe a scene or object in detail, our subject can only process what we’re saying by beginning to form images inside their mind. Each detail we give them consumes a little more of their attention. And the beautiful thing about it is that to them it sounds like all we’re doing is describing something.

This makes it very difficult for our subject to resist, since they don’t usually know what we’re doing.

All we have to do to cause hypnosis is make sure that we consume enough of their awareness.

So how much is enough? As a rule of thumb, people can typically track somewhere between 5 and 9 things at once. After that, they start to lose the ability to track further things, which gives us the opportunity to help them to change in ways that they’d like.

Before you start the visualization induction

As with all hypnosis, there are a few precautions to take into account to ensure your subject’s safety.

With visualization inductions, it’s very unlikely that your subject will have an abreaction. The possibility does exist though, so make sure you know how to handle abreactions should one occur.

Next, follow the usual procedures. With all hypnosis, it’s possible that your subject will fall asleep, so it’s important to make sure no harm will come to them if they do.

Have them lie down, or sit in a comfortable chair they won’t fall out of if they fall asleep.

Have them remove any contact lenses in case their eyes roll back.

If you’re hypnotizing them remotely through a phone or video call, give them some instructions to minimize the possibility of interruption. Have them put any pets out of the room, disable notifications on their devices, and ask other people to not disturb them. Explain to them that the worst that can happen is that they fall asleep. If they have something else on later in the day, have them set an alarm in case they do fall asleep.

Essentially, you want to create an environment in which it’s easy for them to focus only on you and the visualization.

As we’ve already covered, the central idea behind the visualization induction is that we occupy our subject’s conscious awareness by describing something to them in enough detail that they do not have enough resources left to think about anything else.

As you read the scripts to them, it’s not uncommon to notice things such as your subject closing their eyes, their breathing slowing down, and even rapid eye movements as you might observe if they were dreaming.

This is because when they go deep enough into a visualization, it is to all intents and purposes the same thing as a guided dream.

When we construct a visualization induction, it’s important to pay attention to how we’re moving our subject’s attention.

As you read through the visualization hypnotic induction scripts, you’ll notice that they move your subject’s attention through a variety of different experiences, at different scales.

Each of these is a form of hypnotic fractionation.

If you’re unfamiliar with it, fractionation is a hypnosis concept in which we run our subject through something multiple times so that they get good at it. This is exactly the same process as rote learning, only refined significantly.

The simplest form of fractionation is to hypnotize someone, then bring them out, then hypnotize them again. In the scripts on this page, I use something that I refer to as multi-dimensional fractionation.

In multi-dimensional fractionation, we don’t simply hypnotize our subject and bring them out repeatedly. Instead, we use our understanding of how the brain processes information to seamlessly guide them through a specific sequence of experiences. When we do this, we’re teaching our subject how to do the things that lead to deep trance.

It can also lead to significant amounts of time distortion.

A visualization can be about anything at all that we can experience. The very first visualization I ever ran on myself was nothing more than a simple orange floating in space.

Because it tends to be more interesting than a piece of fruit, the scripts in this article describe specific locations. After all, why look at an orange in your mind, when you could just pick one up from a fruit bowl and look at the real thing?

You can use the scripts in this article as standalone hypnotic inductions, or you can chain them together to guide your subject deep into trance.

Each script has three parts. First, there’s the induction. Read this to guide your subject through the experience.

Next, there is a suggestion script. This part is optional, but it’s usually a good idea to give your subject some empowering suggestions if you’d like them to volunteer again.

And finally, there’s a script to bring them out.

To use them, simply read in the order provided for the visualization of your choice:

You can take your subject deeper into hypnosis by chaining the scripts together.

For example, if you wanted your subject to have an experience of a tropical beach, followed by walking along a mountain path to a forest waterfall, it might look like this:

When you chain scripts together, don’t worry about how they will mesh with each other. If they mesh perfectly, it creates a more seamless experience for your subject. And when they don’t mesh perfectly, it tends to inhibit recall, which can lead to more effective change work.

You can check out a version of this over on youtube here: https://www.youtube.com/watch?v=hCFuAq04bH8

There are handy links at the end of each script to make navigation to the next part easy.

And naturally, after you’ve been through it a few times, you can model the scripts to create your own.

Each article below has a script to induce hypnosis, a script for suggestions, and a script to bring them out again. To use, just follow the instructions in the previous sections.

I’ve also put together a script designed to help you guide someone into a lucid dream. Since they will necessarily fall asleep at the end of the script, this one is designed to induce hypnosis, then take them on a journey to induce their lucid dream and finally, fall asleep into that dream.

After bringing your subject out of hypnosis, it’s time to check in with them.

Hypnotic visualization inductions can lead to deep trance, especially if you chain several visualizations together. So give your subject a few moments to wake up fully. As with the progressive relaxation, if they have trouble coming out, have them close their eyes again, and re-read the scripts to bring them out.

As I mentioned earlier in this article, the worst that can happen is they fall asleep. The main thing at this point is to make sure they don’t drive or do anything that might require focus before they come out of hypnosis.

When they open their eyes, ask them a few questions about their experience. I find it’s useful to ask them how long they were in the locations, and what they remember.

Find out what stuff worked for them and what didn’t. Each subject, and each hypnotist, is unique. The only way you get good is by asking your subjects about their experience. That way, you can do more of the stuff that works for you, and change the stuff that doesn’t.

Most people find it easiest to focus on improving just one thing at a time. This helps to prevent overwhelm.

Finally, if you’ve enjoyed these visualization scripts, you might also enjoy my Two Page Deep Trance Script. This script was designed to drop your subject into deep hypnosis as quickly as possible, and I’ve verified it as effective on my most resistant subject ever.

You can use it as a standalone script, or you can read it to your subject, and then segue into the scripts on this page. 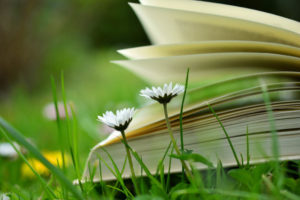 Can Anyone Learn Hypnosis? 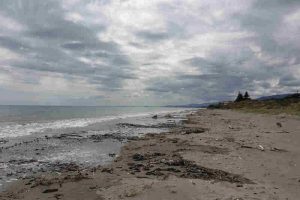 Can You Be Hypnotized Against Your Will? 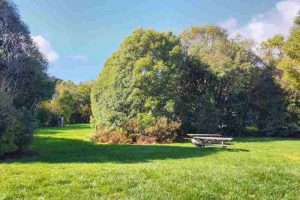 What Is Transderivational Search? (NLP And Hypnosis)