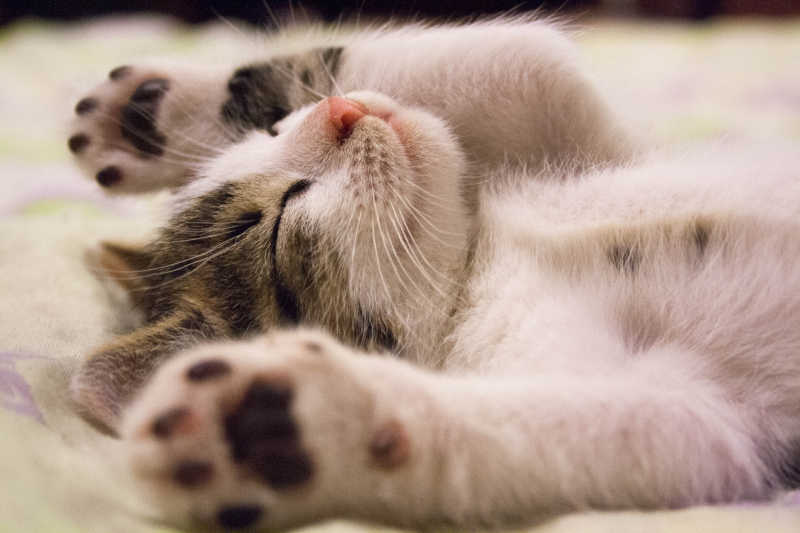 Hypnosis is a real psychological phenomenon which arises due to shortcuts that the human brain must take in order to process the world around us. These shortcuts result in gaps in the processing, storage, and perception of information. Hypnotists use these gaps to bypass the critical faculty and help people to perceive a new version of reality.

Have you ever wondered if hypnosis is real?

When you’re a hypnotist, one of the things that you run into over and over again is people who think that hypnosis is fake. And if you’ve had anything beyond the tiniest amount of experience with hypnosis, you know that it is not only real, but more powerful than most other mental tools at our disposal.

So given that virtually all hypnotists are absolutely sure that hypnosis is real, along with the countless people that we’ve hypnotized, and further knowing that numerous scientific experiments have shown that there are distinct and measurable hypnotic states and outcomes…

The evidence is overwhelming, right?

So what’s the problem? Why do so many people think hypnosis is fake?

The definition of hypnosis

There are a few things that feed into this. I’m only going to cover what I think are the biggest ones here.

The first reason people think hypnosis is fake is that they don’t know what it is since there is no consistent definition.

First and foremost, there is the problem of definition. If you go out in the world and ask people what hypnosis is, and do it for long enough, you will probably end up with more definitions than there are hypnotists in the world. And most of these will have some truth to them. This will be the case even if you only ask hypnotists.

Yep. We hypnotists each have multiple definitions of hypnosis that we use.

So for the purposes of this article, I’m going to go with my own definition of hypnosis:

If you’ve got some of my books, you’ll probably find that I have a different definition in each of them. This is the effect I mentioned earlier. If you look closely, you’ll notice that they’re all different ways of expressing the same basic idea.

You’ll notice that this definition in no way implies mind control, and does allow it. Most people out in the world do not have a concrete definition of hypnosis, so it is not surprising that many of them think it is fake.

Once we’ve defined what hypnosis actually is, I believe the next biggest thing that drives people thinking hypnosis is fake is that they don’t like the obvious consequences of it being real.

For years we’ve known that people need psychological balance in their lives in order to remain happy and motivated. This is covered in books and lectures by many different people (check out Steven Reiss, Dan Pink and Tony Robbins for some of the more useful models), and all of them have slightly different ways of looking at it which collapse to the same basic principle: As human beings, we have core motivational drivers and we need them to be largely balanced.

Unsurprisingly, one of these drivers is associated with power, or a sense of personal agency. We like to be in charge of a certain amount of our own stuff.

When someone believes that hypnosis is the same thing as mind control, this sense of personal agency is undermined since it would mean that anyone who is a hypnotist could take control of them.

What they are failing to take into account is what would have to be true if hypnosis weren’t real.

You see, there is a very good reason that we can only track 4 things at once. Our brains are made up of around 100 billion neurons with an average of 10000 connections each. Everything we ever experience is stored in these quadrillion or so connections.

Now, the maximum human lifetime currently tops out at around 120 years. We expect that this will go up, but for now let’s assume that we need our minds to store experiences for 120 years.

We tend to perceive time on a scale of seconds because it takes a few milliseconds for our brains to rewire themselves, and we need multiple layers of this to encode experiences.

Let’s assume for the sake of argument that we can perceive time on a scale of about a tenth of a second. When we do the math, even if we had just one piece of information coming in per tenth of a second, we’d need almost 38 billion connections to store that over a lifetime.

In reality, we have a constant stream of information coming in.

There are sensory systems all over and throughout our bodies constantly feeding us information about our environment and our state. And then we have all our thoughts on top of that. 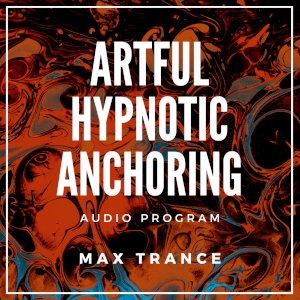 It would not be an understatement to say that at any point in time there are millions of pieces of information flowing into our minds.

And it’s probably a lot more.

And it’s even worse than that, because each piece of information is not a simple on/off switch, but a multi-layered and multi-dimensional construct.

With all of this information constantly flowing in, and the things we are consciously aware of presumably being important enough to occupy at least some of the connections in our brains for a time, it is easy to show that if we didn’t have that hard limit on things we can focus on, we’d have two options: either we forget things very quickly, or we run out of memory.

As it happens, our memory doesn’t quite work that way. There are all sorts of processes that go on that serve to make our memories more efficient, if less accurate. But ultimately, the effect is the same. There is a hard limit on how much capacity we have. By being able to only focus on 4 things at once, we get bigger gains elsewhere.

As you can imagine, this means that our unconscious mind is many orders of magnitude bigger than our conscious mind.

Not only that, but we only have that quadrillion connections to store everything that ever happens to us, and to do all of our conscious and unconscious thinking.

When you look at the environment around you, you will notice that in day-to-day life, we don’t really need more than those 4 things we can track at once. We tend to work on a single task at work.

Or rather, we can, but there is a hidden cost of task switching.

And that cost is really, really high.

In normal day-to-day life, the only time the hard limit of being able to track 4 things at once becomes an issue is when we’re in a crisis that has to be dealt with right now. And when this kind of crisis happens, our brains have stuff they can do to handle it.

Have you ever heard people tell stories of how they were in some kind of accident, and time slowed right down? This is a phenomenon known as time distortion, and our brains do it automatically to help us to survive. When things are going well, and we’re in flow, time flies by. And when things aren’t going well, or we’re bored, our brains handily slow down our perception of time to give us a chance to figure out a solution.

The other thing our brains do to help us in an immediate crisis is switch our focus directly onto the thing in question, regardless of what we’re doing. If it is a critical enough threat, the flight or fight part of our brain takes over, and we don’t even get to think about it very much.

With our brains being able to adjust our perception of time to suit the situation, and with our ability to instantly switch our focus, it turns out that being able to focus on just 4 things at once is actually plenty. Especially since our brain will quickly group those things together, converting them to just one thing in our mind, which frees up resources.

When we put all of this together, we can come to some conclusions.

First, it’s important that we can’t track everything going on at once.

And second, because we know that this has to be the case, it means that we have a blind spot.

This blind spot is where hypnosis happens.

The capacity limits of our neural network mean we have blind spots, and hypnosis happens when we exploit these blind spots.

You see, the purpose of our conscious awareness is just two things: it helps us to prevent broken information from getting into our minds, and it allows us to do logic and design novel solutions. The underlying ideas themselves come from our unconscious minds and our current experience, whatever that might be.

Since the environment we’re trying to survive in doesn’t try to deceive us, this is a good model and 4 things is more than enough. If you doubt this, try to answer this question: When was the last time you experienced even one thing that wasn’t caused directly by a human that made no sense? Unless you happen to be a quantum physicist, it’s probably only going to be some kind of paranormal experience, right?

As you can imagine, once we know this, it opens the doorway for hypnotists (and for that matter, magicians as well) to feed information into our minds that is designed to help us to experience a modified version of reality. If the hypnotist is a hypnotherapist, or an NLP practitioner, this will usually be in the form of creating a new reality where we don’t smoke, are not anxious, weigh a lot less, or have some other beneficial change. And if the hypnotist is a stage hypnotist or magician, it’s a new reality where we experience being a cat or an alien or whatever else amuses everyone involved.

This is how we know that hypnosis is real: It is a direct consequence of the necessary processing limits of our brain.

As I mentioned at the start, there are other things that also drive disbelievers’ belief that hypnosis is fake, and as far as I can tell, all of those are direct results of not knowing what hypnosis actually is, and being afraid.

For example, if someone thinks that if hypnosis is real it means they have no power at all, they will probably claim that hypnosis did not work even when the evidence is staring them in the face. That is, you’ve just hypnotized them and given them a profound hypnotic experience resulting in massive change they’ve previously been unable to achieve despite years of trying.

In reality the opposite is true.

Hypnosis is a vast topic. And when we understand a few simple principles, the entire thing becomes much more straightforward.

If you’d like to know more about exactly what’s going on with hypnosis and how you can benefit from it, you might enjoy reading my article on How Hypnosis Works next. 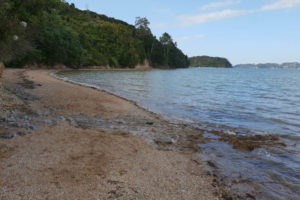 How to Overcome Perfectionism With Self-Hypnosis 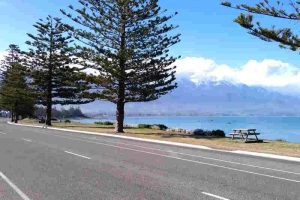 What Is Highway Hypnosis? A Hypnotist Explains 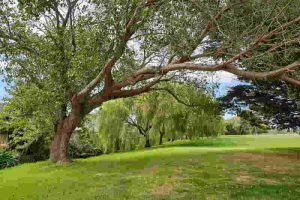 How to Let Yourself Be Hypnotized