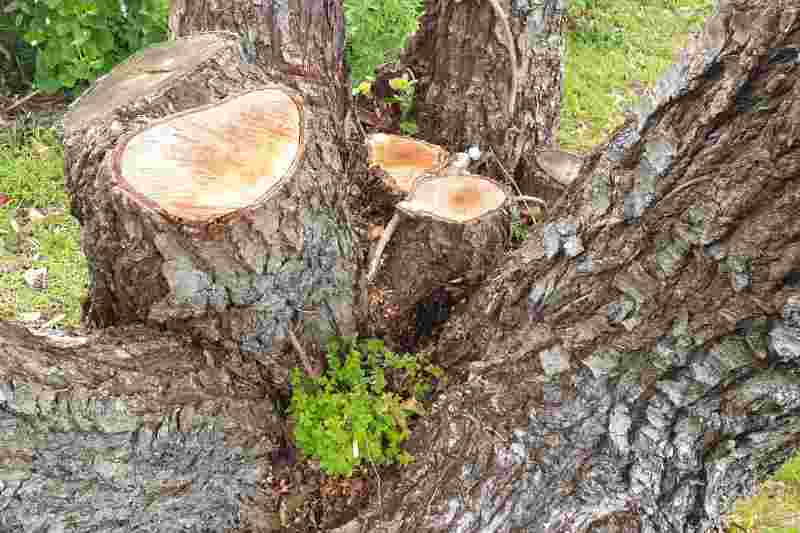 To break hypnosis, it’s necessary to go inside your own mind and redirect whatever you’re experiencing to something else you’d prefer. This is most easily achieved by going into self-hypnosis, noticing the colors and other properties that your mind associates with the hypnosis you’d like to break, and then allowing those colors and properties to change.

One of the things that comes up time and time again when I talk to people online is that they’ll want to know how to remove an unwanted hypnotic trigger. Often they’ll also want to know how to avoid going into hypnosis in the first place and how to pull themselves out of hypnosis on demand.

Each of these can become easy to do once you have a few simple tools.

The only tool you really need for all of them is self-hypnosis, since this allows you to take back any control you feel you may have given up.

How to learn self-hypnosis

To learn self-hypnosis, allow your mind to focus on just one part of your experience for a few moments. This could be anything at all: Your breathing, the details of a pen on your desk, the sensations when you move your toes as slowly as possible, or anything else you can perceive.

Self-hypnosis is an easy skill to acquire, and it is essential if you’d like to become good at hypnosis, for the simple reason that the very first step in any hypnotic induction is to hypnotize yourself.

It’s also a critical skill to have when you want to break hypnosis. 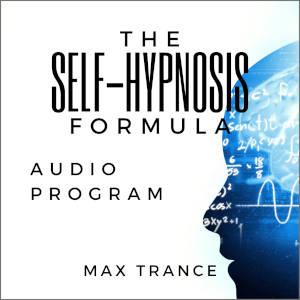 If you’ve been hypnotized before, self-hypnosis can be as straightforward as closing your eyes, thinking back to that time, remembering what it was like being in hypnosis, and allowing yourself to return to that state.

And if you’ve never been hypnotized before, you can learn how to do it yourself by following the instructions in my article How to Hypnotize Yourself Instantly. In this article, I give a simple technique that anyone can follow to induce self-hypnosis. Then I show you how to link a simple hypnotic anchor to self-hypnosis so that you can return there on demand.

How to remove unwanted hypnotic triggers

To remove unwanted triggers, hypnotize yourself, think back to a time when you were triggered, notice the color surrounding the trigger, then allow that color to change. Repeat at least three times for different times you’ve been triggered, until you’re sure it has changed, then bring yourself out of hypnosis and test.

There are a lot of ways to remove unwanted hypnotic triggers. When they are removed by the hypnotist who installed them, the best solution is usually for them to hypnotize you and undo whatever they did to install the triggers.

However, most of the time when someone wants an unwanted trigger removed, it’s because either they don’t trust the hypnotist who installed the trigger, or they don’t want to ask them for some other reason.

Oftentimes that hypnotist will be the only person who knows exactly what was done to install the trigger in the first place, so they tend to be the only one who can directly undo their own hypnosis.

Luckily, it’s easy to work around this.

So long as we decide beforehand that the trigger will be deinstalled, all that’s needed is to pick some property that we don’t usually associate with triggers. For most non-hypnotists, things like colors, textures, and so on are ideal.

Now you might be wondering how a trigger can have a color. The truth is that as soon as you ask the question, your brain will allocate a color to it. You can tell which one it is, because it’s the first one that pops into your mind.

So to remove the unwanted trigger, hypnotize yourself, visualize a time when the trigger has fired, ask yourself what color the trigger is, and then allow that color to change to the color it wants to be.

It’s critical that you allow the color to change rather than trying to force it. All you have to do is keep paying attention to that color and notice how it shifts and moves.

Usually it will completely change in less than 3 minutes.

Because of the way that hypnotic triggers work, you will probably have to repeat this a few times to remove the trigger completely.

The key to success with removing an unwanted trigger is to keep on running the change process until the trigger no longer does what you don’t want it to.

How to prevent hypnosis

To prevent hypnosis, it’s necessary to remain in control of your mind and to keep your focus where you’d like it to be. The easiest way to achieve this is to lock yourself into a sensory deprivation tank. Unfortunately, one of the side-effects of sensory deprivation is hypnosis.

Since you probably won’t be locking yourself in a sensory deprivation tank for the rest of your life, it’s useful to have other options.

There are two broad types of hypnosis that you might want to block: Overt and covert.

Overt hypnosis is easy to prevent. As soon as the hypnotist starts doing an induction, the worst case is that you walk away. In the event that they manage to hypnotize you first, use your self-hypnosis skills to bring yourself straight back out again and break the hypnosis.

Covert hypnosis is a bit trickier. As a rule, you can’t easily prevent something that you can’t detect. This means that if you want to prevent covert hypnosis, you have to become expert enough to detect every form of it.

And there are a lot of forms of covert hypnosis.

Even highly skilled hypnotists get caught by a trick they haven’t seen before from time to time.

Once you’ve learnt every kind of covert hypnosis, and are sufficiently expert to be able to spot it when it’s used, the next step is either to use covert hypnosis to turn the tables on the hypnotist and disrupt what they’re doing, or to use self-hypnosis to neutralize it.

The good news is that most hypnotists only tend to use covert hypnosis to help people, so there’s a good chance that whatever they’re doing is for your benefit.

Realistically, learning covert hypnosis to the expert level takes a long time. As I am writing this, I’ve spent over 20000 hours learning all about hypnosis in all its forms and using it on thousands of subjects, and I still discover new things just about every day.

By the way, being an expert hypnotist is a fantastic way to resist hypnosis in itself, since as a part of becoming expert, you’ll start to wonder exactly how other hypnotists get results whenever they do something you’ve not seen before.

This tends to lead to you remaining in control of your own focus. So you’re hypnotized, but by yourself rather than them.

How to break out of hypnosis

To bring yourself out of overt hypnosis, close your eyes, take a slow, deep breath, and bring yourself all the way up as if you were ending a self-hypnosis session.

Naturally, this relies on you having noticed that you’re in hypnosis in the first place.

So what else can you do?

One trick is that you can periodically ask yourself whether things seem right. Especially when odd or unusual things happen. When you develop the habit of questioning yourself like this, it can become possible to undo even the most covert hypnosis.

However, there’s a downside: It tends to be a bad idea to constantly second guess yourself, and that’s exactly what will happen if you question yourself like this too much.

What I like to do is just ask a couple of simple questions.

First, for everything that I am about to do, I ask whether it seems reasonable. Is there a sensible reason that I’m doing it? Even if that reason is nothing more than it’s fun to wade through the waves letting the water rush over my toes.

Notice that it doesn’t have to be even remotely productive. A lot of the things we do are for our entertainment, and that’s fine. What we’re looking for are things that seem overly out of the ordinary for us.

You can also look at this from the other direction: Will this cause any harm to anyone, and if so, how much?

As a rule, so long as the benefits outweigh any potential harm, it’s probably safe.

You may have heard of something called a hypnotic seal. This is a hypnotic construct where you set up something inside your mind to prevent hypnosis.

While hypnotic seals can be effective, I recommend against them for one simple reason: Even if a seal works most of the time, it will create a false sense of security.

And here’s the thing: If they’re unskilled, you don’t need the seal. It’s enough to notice that you’ve been hypnotized, and bring yourself out again.

So that’s the crash course in how to break hypnosis.

In short: Become expert enough at self-hypnosis to be confident that you can bring yourself out of hypnosis at any time you might choose.

Once you know how to hypnotize yourself, you can remove unwanted hypnotic triggers by hypnotizing yourself, thinking about a time the trigger fired, noticing what color it is, and then allowing that color to change.

You can prevent overt hypnosis by walking away when the hypnotist tries to hypnotize you, and by using self-hypnosis to bring yourself right back out again if they succeed.

Preventing covert hypnosis involves a lot more work, so unless you plan on becoming an expert hypnotist, the best course of action is generally to be on the lookout for adverse effects, and then use self-hypnosis to fix them should they occur.

And that’s really all there is to it.

As you may have spotted, self-hypnosis is the core skill required to resist, block, prevent, undo, and remove unwanted hypnosis. It’s also a vital skill if you want to become a hypnotist, since it’s the first step of any hypnotic induction.

If you’d like to learn more about self-hypnosis, you might enjoy reading my article on How to Hypnotize Yourself Instantly next. In the article I give a simple method you can use to hypnotize yourself, along with instructions on how to anchor the resultant self-hypnosis state so that you can return to it instantly on demand. 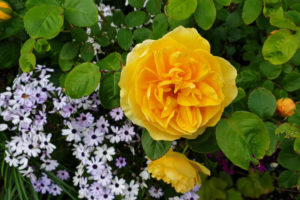 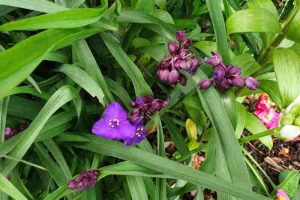 How To Use The Zeigarnik Effect In Hypnosis 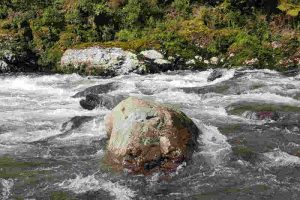