The primary difference between hypnosis and meditation is that hypnosis is usually performed with a specific outcome in mind, while meditation tends to be more exploratory. Meditation can be thought of as a subset of hypnosis since all meditation processes are hypnotic inductions.

As with many things, there’s a bit more to it. This is to be expected since meditation and hypnosis are each fairly vast topics.

Hypnosis is a set of processes and resultant mono-focused states of mind in which the unconscious mind may be guided towards altered perceptions of reality. Often those who are in hypnotic trances have heightened suggestibility.

Hypnosis may be overt or covert, and may be direct or indirect.

Overt hypnosis occurs when there is an induction process that a non-hypnotist would identify as being hypnosis.

And naturally, the term covert hypnosis is used to describe any hypnotic process that the conscious mind does not identify as hypnosis.

Direct hypnosis is where suggestions are given that any non-hypnotist would readily identify as a suggestion.

Indirect hypnosis occurs when suggestions are given in such a way that the desired outcome is a consequence of acting on the suggestion.

I use indirect processes a lot in my hypnosis. I’ve found that a reliable way to do this is to spin up a hypnotic reality, and then have the subject move stuff around.

Since everything is connected to everything else inside their mind, this causes the changes to be implemented. And because they have no idea that there is a connection, it’s extremely difficult for their conscious mind to interfere.

Meditation may be considered to be an overt form of indirect covert hypnosis.

Hypnosis and hypnotism are both used to describe the field of hypnosis, and the difference is largely one of connotation. Hypnosis is the word used by professional hypnotists of all kinds to describe our fields. Hypnotism tends to be used more by those who want to convey some kind of mysticism. Additionally, the word hypnosis is used to describe the associated states and processes.

As a rule, when someone uses the word hypnosis, they are usually more interested in real psychological phenomena.

And when someone uses the word hypnotism, they are either completely new, or they want to convey that it is somehow magical. There are some uses of hypnosis where this is a helpful thing to do.

Beyond that, both refer to exactly the same thing.

I’ve never met a hypnotist who describes what they do as hypnotization, so it’s probably best to just describe it as hypnosis.

Hypnosis is one of the few fields of human endeavor which makes its way into just about every part of the human experience. Professional overt use of hypnosis is generally limited to hypnotherapy, coaching, and various forms of entertainment hypnosis. Hypnosis is used covertly in just about every form of communication.

Beyond the professional uses, hypnosis is also used for a wide range of personal activities, including self-hypnosis and recreational hypnosis.

The application of hypnosis to helping people with overcoming problems and making changes in their lives is known as hypnotherapy.

In a hypnotherapy session, the customer is typically taken through an intake interview followed by one or more hypnosis sessions to help their unconscious mind resolve their issues.

In Stage Hypnosis, a hypnotist performs in front of an audience by doing hypnosis on members of the audience. Stage hypnosis may be a show all in itself, or may be incorporated into an act by another performer such as a magician or mentalist.

Members of the audience are invited on stage, the hypnotist hypnotizes them, and then has them perform various skits.

With stage hypnosis, the principle concern of the hypnotist is that the audience is entertained.

This means that even though real hypnosis is used, it is more important that the hypnosis subjects act the part.

Hypnosis In Other Fields

Hypnosis is used professionally in a wide range of fields including sales, marketing, storytelling, copywriting, presentations, management, coaching, and many more.

Most of the time these uses are covert.

In Self-Hypnosis, the hypnosis subject hypnotizes themselves. Self-Hypnosis can be used for just about anything that can be done with hypnotherapy and recreational hypnosis. It also makes an excellent gateway into meditative states.

There is a common misconception that listening to recordings is self-hypnosis.

This is sort of true, and sort of not true.

It’s true in that it is generally believed that all hypnosis is self-hypnosis. This is because hypnosis happens inside the mind of the subject.

However, we don’t generally refer to going on a stage show or seeing a hypnotherapist as self-hypnosis. It’s just not a useful way to use the term.

I find it easiest to work with a definition in which self-hypnosis does not require any kind of external guidance.

Recreational hypnosis is hypnosis that we do with our friends and family for purely entertainment purposes. There are many public meetups where fans of hypnosis get together to experiment. Similarly, there are large numbers of online communities in which people randomly hypnotize each other for fun.

Uses of recreational hypnosis can be anything at all from simple trance states all way through to multi-sensory hallucinations and time-distorted hypnotic worlds that seem as real as real life.

Meditation is a way of utilizing the mind with a general intent of obtaining clarity of thought, focus, calmness, tranquility, and various other associated states. There are many methods which allow people to reach meditative states including breath work, mindfulness, mantras, and anything else involving directed focus.

And as it turns out, just about every method of meditation is a hypnotic induction.

The difference between self-hypnosis and meditation is largely one of intent. Meditation is typically used for clarity of mind and to obtain appreciation and understanding. Self-hypnosis is sometimes used for the same things, and is also used to directly induce desirable states and overcome problems.

Mindfulness is a form of meditation in which we direct our awareness at what’s going on around us while maintaining curiosity and detachment. The aim is to become fully present in the moment without letting things disrupt our emotional state.

I really like mindfulness because it can be done in tiny chunks of only a few seconds at a time.

When they are made into a habit, these tiny sessions add up and significantly increase the mind’s ability to do the things required for hypnosis and meditation.

And because they can be as short as a single moment in time, just about anyone can easily get started right away.

A guided meditation is one where the meditation session is led by an instructor. The processes are indistinguishable from some forms of hypnosis. Guided meditation may involve one-on-one sessions, group sessions, or listening to recordings.

Many people have a perception that hypnosis involves the hypnotist exerting some kind of magical power over them.

And mysteriously, they typically hold no such illusion about guided meditation.

Which means that when we frame something as meditation, it can sometimes be more readily accepted by the subject.

Not only that, but these days just about everyone knows that anyone can learn to meditate.

As an added bonus, the subject will often find that they can run the process themselves afterwards.

And often, the issue they came to see the hypnotherapist about will magically disappear.

Guided visualization, sometimes known as guided imagery, is a method of meditation in which the subject is led through a vivid description in order to create images inside the mind. Hypnotists often use this process to induce hypnosis.

I usually also include specific steps to induce significant amounts of time distortion, and frequently use guided imagery as the first step in leading someone into a multi-sensory hypnotic reality.

Other Forms Of Meditation

And if you think about it, this makes total sense.

With hypnosis we intentionally set aside conscious interference so that we can make changes to the unconscious mind. While we sometimes use suggestion for this, my preference is almost always to go with some kind of generative change process.

This usually means finding some hypnotic symbols and then either having the subject move them about, or having them watch while the symbols change themselves.

With meditation by whichever means, we direct our attention in such as way that our conscious mind is moved away from our worries.

Then we allow things to happen.

And that means that meditation is a form of hypnosis. 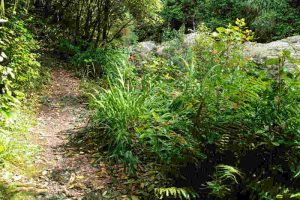 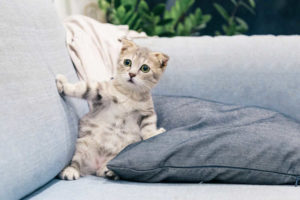 How to Hypnotize a Non-Believer

What Is Future Pacing? (NLP and Hypnosis)